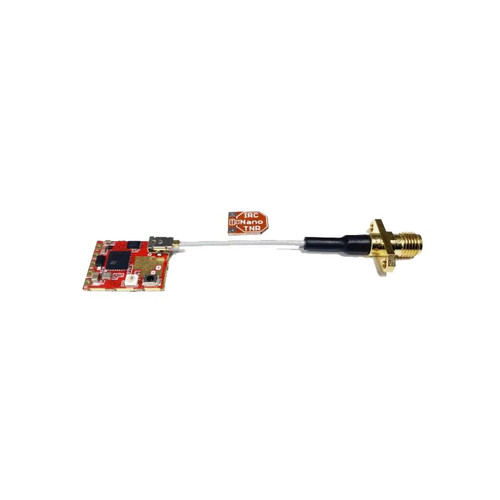 The Long Overdue Baby Brother to the Tramp HV

From the team that invented the now ubiquitous RaceBand, redefined the 'norm' for video transmitters with the Tramp HV, comes the tiny cousin, the Tramp Nano.

The Tramp Nano features so many cool stuff like a locking U.Fl , a 20*20mm mounting board, RGB status LED, TNR and BF control Etc...
The TNR board is now built in the VTX with a tiny antenna that connects to the VTX.

Following in its big brother’s footsteps, the Tramp Nano includes high-speed automatic temperature regulation, which avoids overheating transmitters on the starting grid, or after an unexpected landing with lengthy recovery (also with the advantage of saving precious battery power while transmitting a signal for recovery).

The Nano operates from the 5V regulated supply that most flight controllers supply these days, and doesn’t require a dedicated connection to the flight battery.